Get your daily dose of wisdom! 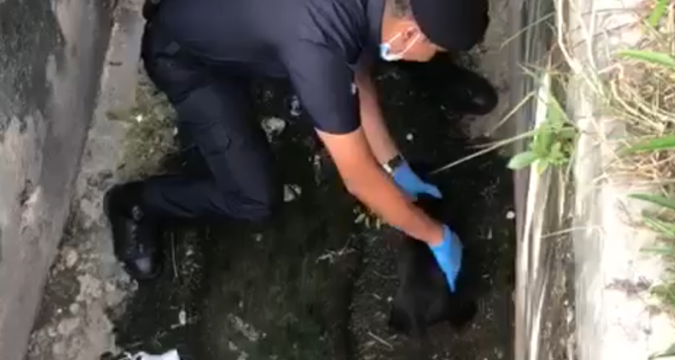 A heart warming video released by Royal Malaysia Police shows an officer climb into a stormwater drain and rescue a puppy that had fallen in. The puppy was very hesitant to come to the officer, but Cpl. Mohd Azad Azady Mohamad Tarmizee of the Shah Alam District Police persisted and managed to gain the confidence of the little puppy.

The team then reunited the puppy with 2 adult dogs that probably were the parents.

“I did not think much of until I saw two adult dogs looking inside the drain. On checking, I spotted a black puppy that had fallen in and was desperately attempting to get out. If there was a downpour, the puppy might drown when the drain starts filling up. That is why I had to save it. I do not think I did anything great,” said the officer.